Anyone who knows the name “King Leopold“, and knows enough to connect that name to Belgium, should be expected to know who King Leopold was. Here in San Francisco, we should be conscious that Mark Twain campaigned against the evils of Leopold’s regime in the Belgian Congo. History has plenty of “greatest monster” candidates. Leopold is one of them.

Here is Nsala Wala. He and his family were kidnapped and pressed into slavery. He didn’t collect enough rubber sap quickly enough, so his daughter was tortured, mutilated, and murdered. He’s been given her dismembered little hand and foot. That’s what he’s looking at. This was done by King Leopold and his man on the ground, Henry Morton Stanley. 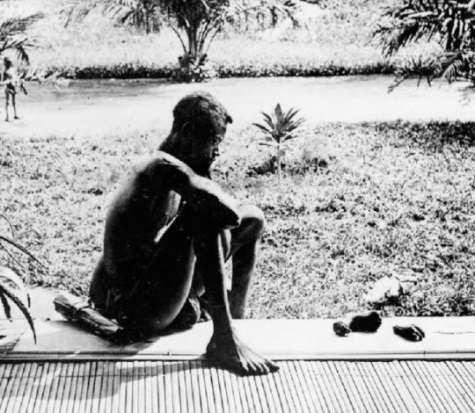 This is not news. What happened in the Congo is well known. The book “King Leopold’s Ghost” is not, exactly, obscure. Certainly, anyone who knows who King Leopold was should know who he actually was, and what he did.

So, of course, there’s a brewery, “Triple Voodoo”, that just opened its doors here in San Francisco and they think it’s hilarious to brew a Belgian Stout and call it “King Leopold”. And no-one who writes for the industry press or blogs for the industry blogs batted an eyelid.